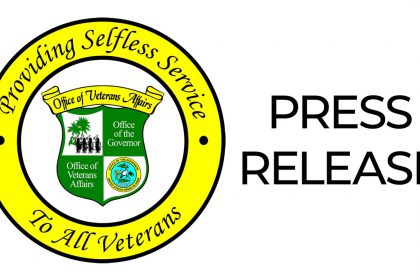 NASDVA is an organization with a history dating back to 1946. The members of NASDVA represent all fifty states, the District of Columbia, American Samoa, Guam, Northern Mariana Islands, Puerto Rico and the Virgin Islands. Nationally, they are the second largest provider of services to veterans and their roles continue to expand.

“We are fortunate to have Director Patrick Farrell join the Executive Committee of NASDVA.  His passion of the Virgin Islands is only eclipsed by his commitment to his fellow veterans.  In a national organization that represents all Territories and States, it is important to have individuals that lead by example, that are patient yet strong and always put veterans first; Director Farrell is such a leader”, said John Hilgert.

Director Farrell has been an active part of the association since first being appointed as the Director of the VI Office of Veterans Affairs in January of 2015. “As always, I am prepared to serve for the benefit of our Veterans. I am especially happy because it will mean more representation for Veterans not just in the Virgin Islands but throughout all territories of the United States. In NASDVA, all Directors / Commissioners of the territories have agreed to one agenda; To get the nation to understand that all Veterans of the United States Armed Forces must be equally visible and that we deserve equal benefits no matter where we were born or decide to live after leaving the service”, said Director Farrell.

COVID-19 Vaccinations for Veterans, their Spouses, Widows, and Caregivers